"WHO IS THE ALPHA DOG?" BY KATIANA CAVRIC 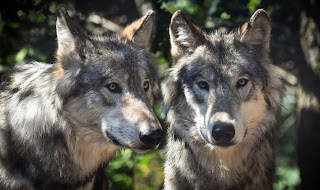 
Max wasn't quite sure how to take being rejected. He really wanted to be in the pack, but the pack wouldn't let him join. Something about "being a dog" and not "having enough fighting skill." Well, he would show them. His plan was to challenge those pack of wolves to a fight. Not the whole pack, of course, just the Omega.

Max stopped carefully through the woods as these thoughts ran through his head. His golden fur shone in the moonlight, and his green eyes shimmered as he trod his way to the pack's home base.

One of the wolves standing guard for the night issued a warning growl. Wolf eyes flashed dangerously at Max.

"Don't step a paw closer," the wolf threatened. "What do you want, dog?"

Having a flash of fearlessness, Max stepped forward and whispered, "To challenge your Omega."

The guard wolf narrowed his eyes and whipped around. "Follow me then," the wolf said evenly over his shoulder. A five-minute walk deeper into the woods was all it took to get to the camp.

"Alpha," the guard called out to a group of sleeping lumps near the base of the tree. "The dog is back, and he wants to challenge."

The Alpha stood up from the mass of the dozing canis lupus. He stood a foot taller than the guard with blood red eyes.

"Is that so?" Alpha sneered. "You want to try to take on Omega? He may be old, but he'll still kill you before you blink."

The other wolves started to get up, seeing what was happening.

"No, I want to challenge you, Alpha," Max shot back. Alpha howled with laughter at that, and the other wolves joined in.

"You can laugh all you want but I'll be the one laughing after the fight is done."

Alpha laughed even harder at that. "Is that so?" Alpha called mockingly. "What are you going to do, give me puppy eyes and I will roll over?

Another wolf called out. "You are so small, one of my pups could beat you in a minute!"

The rest of the pack laughed and laughed. Max was quickly starting to lose faith. He hated being laughed at, if not for being a dog, then, for being small of size.

Just watch, Max thought to himself, we will see who is laughing soon enough.

"Are you done with the chit chat, Alpha? Trying to prevent your future  beating?" Max barked, trying to be brave.

Alpha scoffed. "As if you could deliver such a thing, dog."

Max was tired of being mocked. "Bring it on."

Alpha lunged at Max. Max barely had time to roll away before Alpha's jaws snapped right where Max had been a moment before.

Max's thought ended quickly as he had to duck under a swipe of Alpha's outstretched claws. A round of yips went out from the crowd of wolves, seeing a quick victory for their Alpha.

Max had to stay on the defensive for the next minute. Blocking jabs from the paws and snaps from the jaws was all Max could do.

A quick breath was given to Max when Alpha extended his front paw too much, shifting his body forward over a hidden rock. Max regained his breath in time for Alpha to give another swing—this time from the other paw.


It was the perfect chance that Max was looking for. Max leaped forward, both paws extended. Alpha seemed to have not expected such a reaction. Both dog and wolf met in the air, and Max's jaw grasped for fur.

Max clenched into Alpha's scruff like a cat picking up its kitten. Alpha whined and tried to roll Max off of his back. Refusing to let go, Max was rolled in the dirt underneath the heavyweight of the alpha wolf, but he refused to let go.

"Noth unthil you githe up," Max growled back with a mouthful of fur.

Alpha grunted and threw himself against the base of a tree in an effort to get Max off of his back. But, Max saw it coming and let go in time to avoid being crushed, causing Alpha to only hurt himself.

Alpha whimpered as he slid to the ground, bruised from the tree and bloodied by Max's teeth.


Max nodded as he caught his breath. Fighting was hard work. The wolves of the pack waited in silence.

"Well, then, I yield. Ya happy now?" Alpha sighed.

Max nodded again. He wasn't sure what to do.

"I guess you are the Alpha now, dog. What do you want me to do?" Alpha murmured.

Max didn't want any leadership, really. He just wanted to be part of the pack and to not be picked on so Max told the pack exactly that. Alpha nodded and stood up.

"Then, I promote you to Beta. You will be second in command, a position worthy of someone who defeated the Alpha. I want us to stick together. I will need a strong Beta in order to keep his pack running. And, as for you, we will now look at this pack as one that accepts all breeds, not just wolves. Dog is not a fit name for you, I think. What shall we call you?"

Alpha's red eyes glimpsed into the green ones. 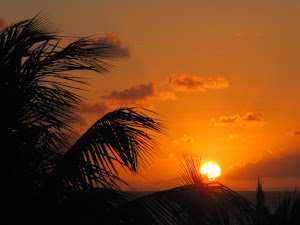 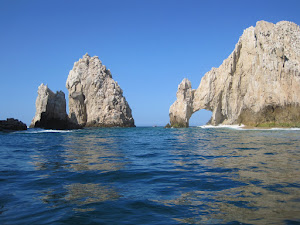