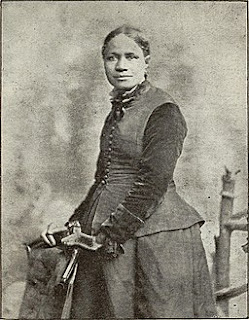 MANA's BLACK LIT ALIVE! podcast is a special segment of MANA on literature produced by African American writers in the 18th century and beyond.

Through literature, the writers, whether free or slaves, realized their identity and expressed their individuality at a time when African Americans were only viewed as mere property.

In this segment, MANA's DR C read excerpts from and discusses Iola Leroy, a novel written by Frances Ellen Watkins Harper and published in 1892.

Iola Leroy tells the story of the mixed-race daughter of a wealthy Mississippi planter who traveled to the North to attend school, only to be sold into slavery in the South. She is later freed by the Union army. She works to reunify her family and embraces her half-white, half-African American heritage, and devotes herself to improving the conditions of black people in America.

Listen to other podcasts on Frances Ellen Watkins Harper on our MANA's BLACK LIT ALIVE! posts Segment #6, Segment #7, and Segment #9.