MANA Salutes Our Veterans With Reading Of "A Bugle Calls"

"I am a poet by life experience and Army Officer by trade."
U.S. Army Captain Adrian Massey wrote on his blog during his second tour in Iraq.
While in Iraq, Captain Massey created his blog to share life “as I know it” in Baghdad: “The good, the bad, and the ugly.”

Veterans and service members who are authors have stories to tell and they tell them in their own special way, whether at home or on active duty.
MarketingNewAuthors.com (MANA) wants to express its gratitude to our veterans.
A SOLDIER'S POETIC RESPONSE

Captain Massey (Ret.) ultimately penned a book of poetry titled, A Soldier’s Poetic Response: A Slice of His Life, which features the poem, “The Bugle Calls” in tribute to those who gave their lives for our country.
Listen to recitations from the book, including"The Bugle Calls:"
In some instances, authors, like T. Patrick Devlin, who are not veterans, write convincingly about war, the difficulties of readjusting to civilian life, and problems veterans face with Post Traumatic Stress Disorder (PTSD).

In his first book, Redball Mission. Devlin skillfully weaves a story about a Viet Nam veteran having difficulties with what he perceives and what is actually occurring. The difference, at times, becomes very thin: 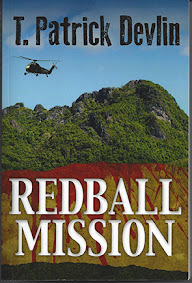 About a hundred years ago, after I got back from Nam, I wasn’t fit to be in civilized company…I had forgotten what life was in the world.

After learning and perfecting the techniques of slaughtering other human beings individually or en masse, the grunts were rotated out and sent home to reassemble the fragments of their lives as if nothing had ever happened.


Read sample chapters of the book on our blog by going HERE.

DANCER & OTHER TATTERED THREADS OF PTSD LIVES: AFTER THE WARS 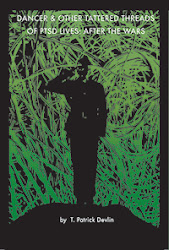 There's no getting around it, Post Traumatic Stress Syndrome (PTSD) is real and has affected soldiers of various wars. In Dancer & Other Tattered Threads of PTSD Lives: After the Wars, Devlin has taken the challenges veterans with PTSD face and conveyed them into three short stories: "Dad's TV," "Dancer," and "Roadkill."
Although the stories are fictional, Devlin does not approach these challenges in a stereotypical manner. Instead, the author brings clear insight into the lives of veterans, their family members, and others who interact with them.
Go HERE to preview the book.
Whether writing fiction or nonfiction, veterans and service members who are authors are having their say and sharing their stories with the masses–and readers are all the better for it.