Did you know that Black History Month began as a celebration that only lasted for one week and was initiated by an African American author?

As early as the 17th century, the works of African American writers have contributed to American history. From the call to end slavery, to the civil rights movement, to the changing landscape of race relations today, black writers have taken to their keyboards to influence the events of their time.

The works of African American writers are usually featured during Black History Month in February, the annual recognition of the achievements made by blacks and the role African Americans played in U.S. history.


If it wasn't for a writer, Black History Month may not exist today! The celebration was inspired by Dr. Carter G. Woodson, now called the "Father of Black History." Carter was an African American author who co-founded the Association for the Study of Negro Life and History.

Carter, the author of The Mis-Education of the Negro, realized that the role of blacks in American history had been ignored. In 1926, Woodson started what he called, "Negro History Week," to acknowledge the contributions of blacks in U.S. history.

Woodson wanted the event to occur each year in the second week of February—between the birthdays of abolitionist Frederick Douglass and Abraham Lincoln, two historical figures who played prominent roles in the history of African Americans.

Black Writers Through The Centuries

Before President Lincoln issued the Emancipation Proclamation which granted freedom to slaves effective January 1, 1863, African American authors and poets, like Phillis Wheatly and George Moses Horton, infused their writings were desires to escape from slavery.

George Moses Horton (1798-1884) of North Carolina is believed to be the first African American Southern poet to have published while still a slave. A collection of Horton’s poems were first published in 1829 in a book titled, The Hope of Liberty. It was the intention that proceeds from the book would go toward his release from slavery.

While a slave, Horton taught himself how to read using spelling books, the Bible, and hymnals. He learned how to write with the help of Caroline Lee Hentz, a writer and the wife of a professor.
Horton enjoyed poetry and many of his poems dealt with his desire for freedom from slavery:


Alas! and am I born for this,
To wear this slavish chain?
Deprived of all created bliss,
Through hardship, toil, and pain?

How long have I in bondage lain,
And languished to be free!
Alas! and must I still complain
Deprived of liberty?

Phillis Wheatley was the first African American woman to publish a book of poetry. Wheatley was born in West Africa around 1753. At the age of seven or eight, she was sold into slavery and transported to Boston. She was purchased by John Wheatley, a wealthy Boston merchant.

The young Phillis was taught how to read and write by the Wheatley’s 18-year-old daughter. Within a matter of time, Phillis began to write poetry after studying the works of Homer, Virgil, and John Milton.

In 1773, her first collection of poetry, Poems on Various Subjects, Religious and Moral, was published in London. Shortly after the publication, Phillis was emancipated (released from slavery) by the Wheatley family.

Wheatley later became noted for her poetry, which was brought to the attention of then-General George Washington, the soon-to-be first president of the United States.

Wheatley’s later life was not so pleasant. She married but her husband was imprisoned for debt. Two of her children died in infancy. Wheatley fell into poverty, became ill, and died at the age of 31. Her one surviving child soon died after his mother.

After Wheatley and Horton, African American writers continued to make their voices heard. The works of W.E.B. DuBois, Langston Hughes, Anne Moody, Nikki Giovanni, and other prominent 20th-century writers are just as relevant today as they were when the writers penned their words years ago.

Acknowledging the works of African American writers and leaders is no longer limited to a week. Sixty years after Woodson established Black History Week, Congress passed Public Law 94-244 in 1986, which extended the celebration by designating February as National Black History Month.

MarketingNewAuthors.com (MANA) celebrates Black History Month and the contributions made by African American writers and leaders over the centuries.

MANA, a company that provides self-publishing, marketing, and other services for authors, welcomes writers of all races, ethnicities, and nationalities to share their history and to tell stories not only for today’s generation but for generations to come.

Do you have a story that you want to share? Do you want to become an author? MANA can help. Click here to visit MANA’s website to find out more information about our self-publishing plans.
Posted by The MANA Team at 11:25 PM 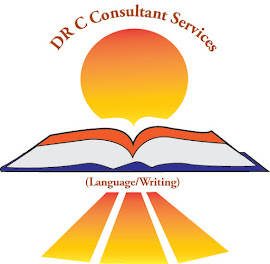